When Facebook first came out, I was in total denial and did everything in my power not to follow the trend of my friends and peers by joining.  Facebook was invented exactly at the same time I was in university.  Now this was back in the day when you couldn’t just become a member, you had to get invited…or am I thinking of Gmail?  Anyway, back then the rules were different.  There weren’t “like buttons” or ample storage space for walls and albums galore.  I was one of the many pioneers and first generation users for this social network.  It was solely used as a tool for popularity and the more people you knew, the cooler you were.  Hence why I was so anti-Facebook back then.  I just didn’t care to be popular.  Regardless, I literally spent my entire adult awakening (my twenties) years developing an unhealthy obsession with Facebook.

As I grew up with Facebook, it was fast becoming a necessity in life.  The idea behind Facebook changed.  At first, it was a way to stay in touch with people around the world and make communication easier for long distance relationships.  It was great for staying in touch with life long friends.  I validated joining Facebook by connecting with friends from elementary, junior high, high school and university that I lost touch with.  It was a great tool to use to reach out and be accessible.  Also, it was an online photo album, which was a great idea.  Hence, why it did phenomenal, everyone, their parents and grandparents got involved.  Businesses even got involved and soon it was used to market products and services and glamorize fan pages and etc.

I got into this unhealthy habit of logging on to Facebook immediately once I got home from work, outings with family and friends, or just because I wanted too.  It was robotic, it became instinct or second nature to log on.  I felt disconnected from the world if I wasn’t logged on.  I couldn’t see what my friends were doing, I couldn’t see how people felt or what they were posting and it would give me anxiety because I felt like I wasn’t in the loop of things.  It was bordering obsessive compulsive.  There would be times where I’d log on and do absolutely nothing, just stare at the same pictures over again or flip through the same albums of other people I envied.  Facebook was becoming my psychological enemy.  It was turning my mind against me.

Facebook created this unwanted competitive nature within me.  I would sit back and look at snap shots of everyones lives and see all their accomplishments and think about how much I lacked.  I would focus my attention on this envy I felt while others travelled the world or met celebrities because of their jobs and etc.  I was addicted to this love hate feeling for Facebook. I would hate how I felt after logging on and wasting hours doing nothing, but love it for allowing me to see how others close to me were living their dreams.  I was inspired really by others and wanted to be like them, free to do what I want and be happy while doing it.  But, all the while I was wasting my precious life on Facebook watching others live their lives while I sat behind a computer crying about mine.  So, I made the choice to deactivate my account.

After deactivating my account, I felt a renewed energy in me.  I didn’t have this anxiety anymore, like I didn’t have to follow this routine of logging in at an exact time and witnessing other peoples glorious moments while I tried to find myself.  I didn’t have this pressure anymore to be something.  All of the sudden, it was like I was free.  I had so many hours at hand now to do anything and everything I wanted.  I was still connected to everyone I knew that meant something to me, without having to see the lives of other people that I am not that connected with.  It was like the race was over.  The race to see who can out do who with the most number of friends, albums of exotic places or adventures.  I had so much time that I was able to put the time and attention that was much needed toward my businesses.  I was able to meditate and practice yoga more consistently.  It was like out of sight, out of mind.  So, because I deactivated my Facebook account, I saved myself from my destructive self and that in turn saved my life.

Are you addicted to Facebook or some other social network?  Do you feel pressure or anxiety because of this tool, which is supposed to help you?  If you don’t then that’s great, and I applaud you for not allowing this tool to manipulate your mind and life.  If you’re like me and are addicted to using Facebook but it’s affecting you negatively in the process, maybe you should consider deactivating your account.  You don’t have to do this permanently, you can always go back and activate it, but maybe try for a few days or weeks.  Start small by not logging on for an entire day, then progress more and try not logging on for a few more days.  Keep doing this and one day you’ll notice that you won’t even have that need to check your Facebook anymore.  Good luck! 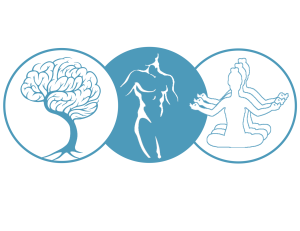